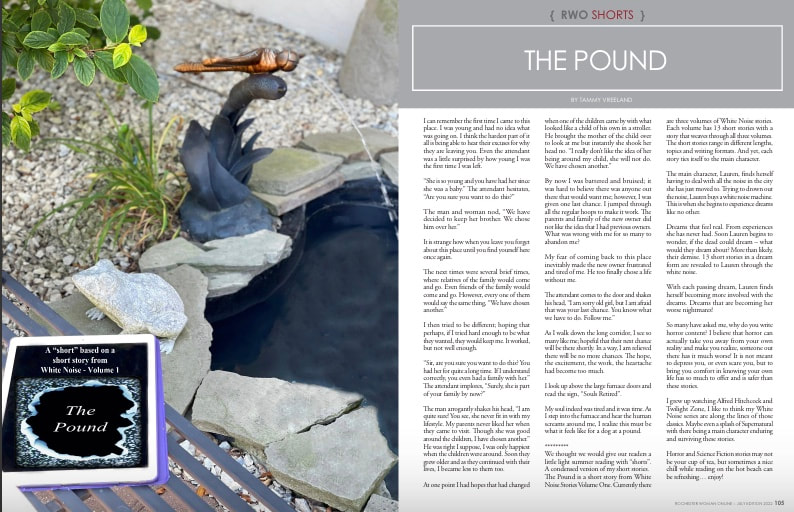 I can remember the first time I came to this place. I was young and had no idea what was going on. I think the hardest part of it all is being able to hear their excuses for why they are leaving you. Even the attendant was a little surprised by how young I was the first time I was left.

“She is so young and you have had her since she was a baby.” The attendant hesitates, “Are you sure you want to do this?”

The man and woman nod, “We have decided to keep her brother. We chose him over her.”

It is strange how when you leave you forget about this place until you find yourself here once again.

I then tried to be different; hoping that perhaps, if I tried hard enough to be what they wanted, they would keep me. It worked, but not well enough.

“Sir, are you sure you want to do this? You had her for quite a long time. If I understand correctly, you even had a family with her.” The attendant implores, “Surely, she is part of your family by now?”

The man arrogantly shakes his head, “I am quite sure! You see, she never fit in with my lifestyle. My parents never liked her when they came to visit. Though she was good around the children, I have chosen another.”

He was right I suppose, I was only happiest when the children were around. Soon they grew older and as they continued with their lives, I became less to them too.

At one point I had hopes that had changed when one of the children came by with what looked like a child of his own in a stroller. He brought the mother of the child over to look at me but instantly she shook her head no. “I really don’t like the idea of her being around my child, she will not do. We have chosen another.”

By now I was battered and bruised; it was hard to believe there was anyone out there that would want me; however, I was given one last chance. I jumped through all the regular hoops to make it work. The parents and family of the new owner did not like the idea that I had previous owners. What was wrong with me for so many to abandon me?

My fear of coming back to this place inevitably made the new owner frustrated and tired of me. He too finally chose a life without me.

The attendant comes to the door and shakes his head, “I am sorry old girl, but I am afraid that was your last chance. You know what we have to do. Follow me.”

As I walk down the long corridor, I see so many like me; hopeful that their next chance will be there shortly. In a way, I am relieved there will be no more chances. The hope, the excitement, the work, the heartache had become too much.

I look up above the large furnace doors and read the sign, “Souls Retired”.

My soul indeed was tired and it was time. As I step into the furnace and hear the human screams around me, I realize this must be what it feels like for a dog at a pound.

*********
We thought we would give our readers a little light summer reading with “shorts”. A condensed version of my short stories.

The Pound is a short story from White Noise Stories Volume One. Currently there are three volumes of White Noise stories. Each volume has 13 short stories with a story that weaves through all three volumes.
The short stories range in different lengths, topics and writing formats. And yet, each story ties itself to the main character.

The main character, Lauren, finds herself having to deal with all the noise in the city she has just moved to. Trying to drown out the noise, Lauren buys a white noise machine. This is when she begins to experience dreams like no other.

Dreams that feel real. From experiences she has never had. Soon Lauren begins to wonder, if the dead could dream – what would they dream about? More than likely, their demise. 13 short stories in a dream form are revealed to Lauren through the white noise.

With each passing dream, Lauren finds herself becoming more involved with the dreams. Dreams that are becoming her worse nightmares!

So many have asked me, why do you write horror content? I believe that horror can actually take you away from your own reality and make you realize, someone out there has it much worse! It is not meant to depress you, or even scare you, but to bring you comfort in knowing your own life has so much to offer and is safer than these stories.

I grew up watching Alfred Hitchcock and Twilight Zone, I like to think my White Noise series are along the lines of those classics. Maybe even a splash of Supernatural with there being a main character enduring and surviving these stories.
​
Horror and Science Fiction stories may not be your cup of tea, but sometimes a nice chill while reading on the hot beach can be refreshing… enjoy!
Tammy's Tidbits