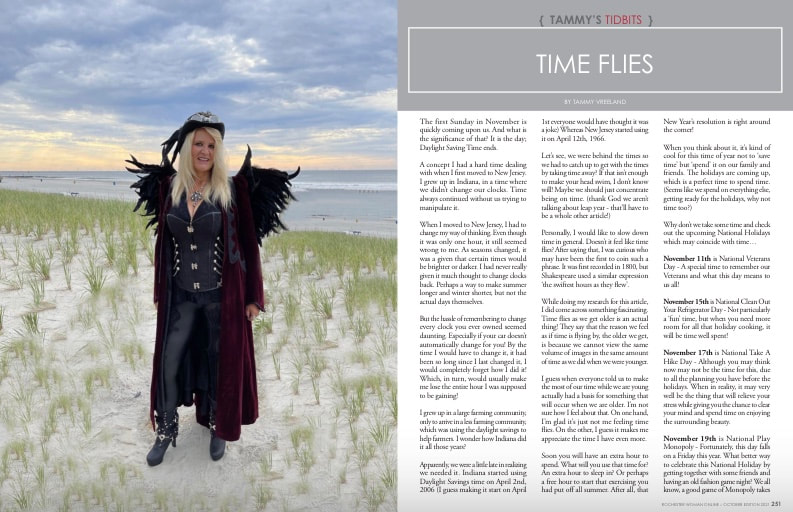 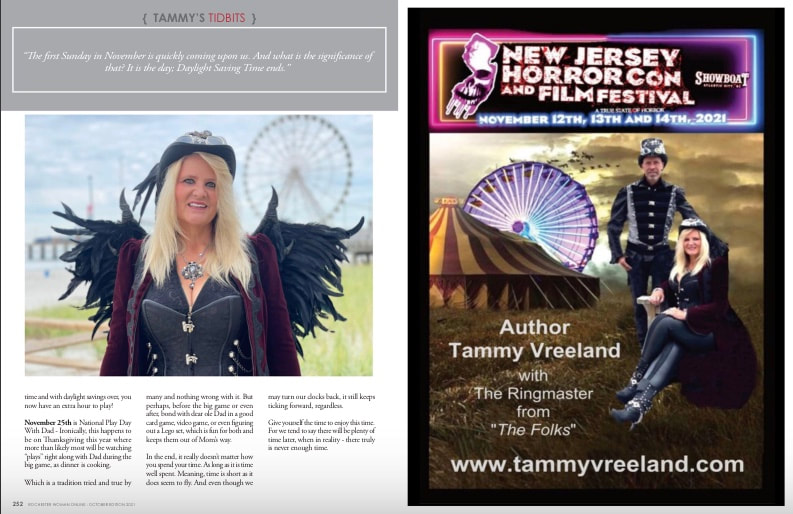 The first Sunday in November is quickly coming upon us. And what is the significance of that? It is the day; Daylight Saving Time ends.

A concept I had a hard time dealing with when I first moved to New Jersey. I grew up in Indiana, in a time where we didn’t change our clocks. Time always continued without us trying to manipulate it.

When I moved to New Jersey, I had to change my way of thinking. Even though it was only one hour, it still seemed wrong to me. As seasons changed, it was a given that certain times would be brighter or darker. I had never really given it much thought to change clocks back. Perhaps a way to make summer longer and winter shorter, but not the actual days themselves.

But the hassle of remembering to change every clock you ever owned seemed daunting. Especially if your car doesn’t automatically change for you! By the time I would have to change it, it had been so long since I last changed it, I would completely forget how I did it! Which, in turn, would usually make me lose the entire hour I was supposed to be gaining!

Apparently, we were a little late in realizing we needed it. Indiana started using Daylight Savings time on April 2nd, 2006 (I guess making it start on April 1st everyone would have thought it was a joke) Whereas New Jersey started using it on April 12th, 1966.

Let’s see, we were behind the times so we had to catch up to get with the times by taking time away? If that isn’t enough to make your head swim, I don’t know will! Maybe we should just concentrate being on time. (thank God we aren’t talking about leap year - that’ll have to be a whole other article!)

Personally, I would like to slow down time in general. Doesn’t it feel like time flies? After saying that, I was curious who may have been the first to coin such a phrase. It was first recorded in 1800, but Shakespeare used a similar expression ‘the swiftest hours as they flew’.

While doing my research for this article, I did come across something fascinating. Time flies as we get older is an actual thing! They say that the reason we feel as if time is flying by, the older we get, is because we cannot view the same volume of images in the same amount of time as we did when we were younger.

I guess when everyone told us to make the most of our time while we are young actually had a basis for something that will occur when we are older. I’m not sure how I feel about that. On one hand, I’m glad it’s just not me feeling time flies. On the other, I guess it makes me appreciate the time I have even more.

Soon you will have an extra hour to spend. What will you use that time for? An extra hour to sleep in? Or perhaps a free hour to start that exercising you had put off all summer. After all, that New Year’s resolution is right around the corner!

When you think about it, it’s kind of cool for this time of year not to ‘save time’ but ‘spend’ it on our family and friends. The holidays are coming up, which is a perfect time to spend time. (Seems like we spend on everything else, getting ready for the holidays, why not time too?)

November 11th is National Veterans Day - A special time to remember our Veterans and what this day means to us all!

November 15th is National Clean Out Your Refrigerator Day - Not particularly a ‘fun’ time, but when you need more room for all that holiday cooking, it will be time well spent!

November 17th is National Take A Hike Day - Although you may think now may not be the time for this, due to all the planning you have before the holidays. When in reality, it may very well be the thing that will relieve your stress while giving you the chance to clear your mind and spend time on enjoying the surrounding beauty.

November 19th is National Play Monopoly - Fortunately, this day falls on a Friday this year. What better way to celebrate this National Holiday by getting together with some friends and having an old fashion game night? We all know, a good game of Monopoly takes time and with daylight savings over, you now have an extra hour to play!

November 25th is National Play Day With Dad - Ironically, this happens to be on Thanksgiving this year where more than likely most will be watching “plays” right along with Dad during the big game, as dinner is cooking.

Which is a tradition tried and true by many and nothing wrong with it. But perhaps, before the big game or even after, bond with dear ole Dad in a good card game, video game, or even figuring out a Lego set, which is fun for both and keeps them out of Mom’s way.

In the end, it really doesn’t matter how you spend your time. As long as it is time well spent. Meaning, time is short as it does seem to fly. And even though we may turn our clocks back, it still keeps ticking forward, regardless.

Give yourself the time to enjoy this time. For we tend to say there will be plenty of time later, when in reality - there truly is never enough time.
Tammy's Tidbits