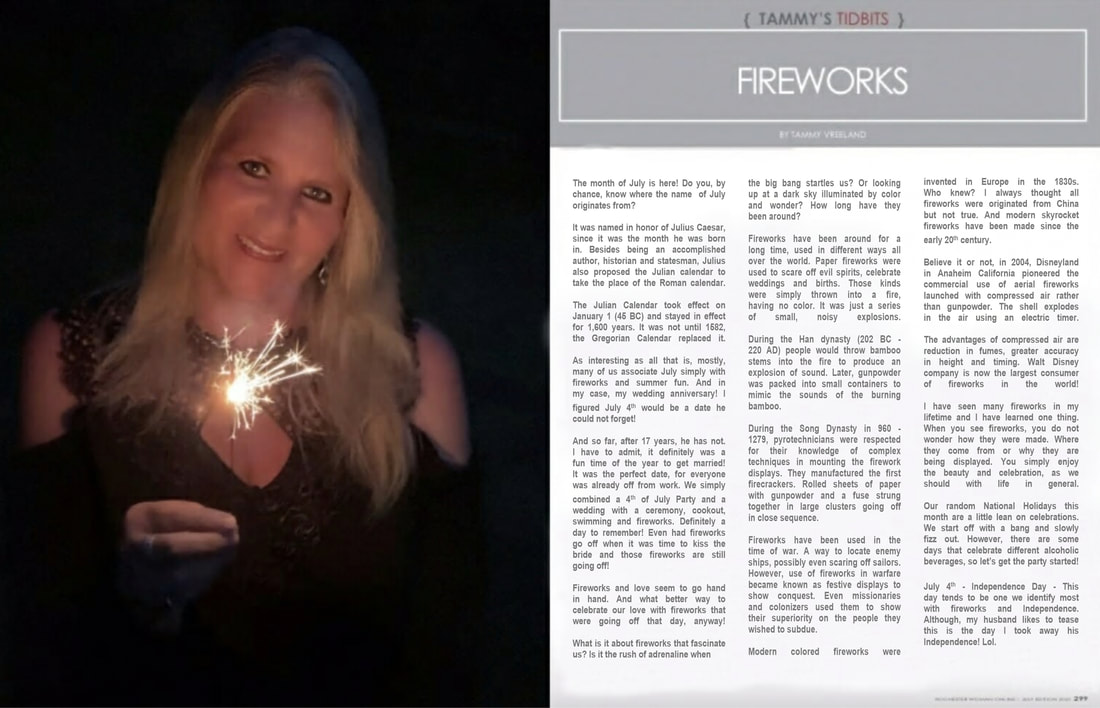 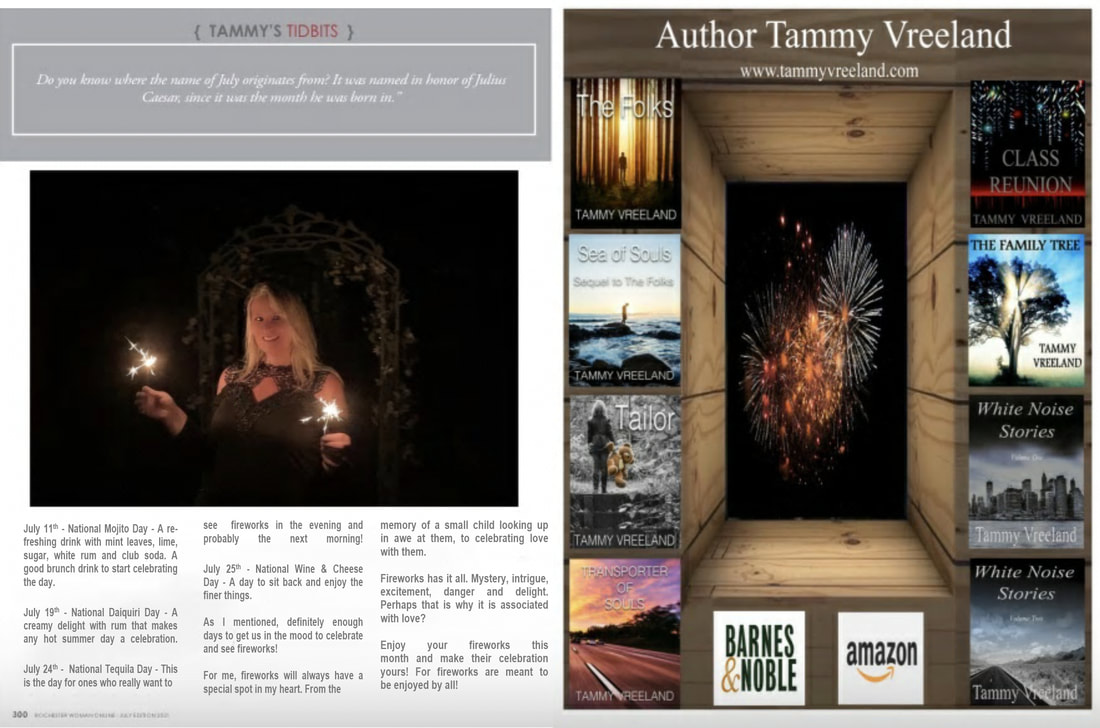 The month of July is here! Do you, by chance, know where the name of July originates from?

It was named in honor of Julius Caesar, since it was the month he was born in. Besides being an accomplished author, historian and statesman, Julius also proposed the Julian calendar to take the place of the Roman calendar.

The Julian calendar took effect on January 1 (45 BC) and stayed in effect for 1,600 years. It was not until 1582, the Gregorian calendar replaced it.

As interesting as all that is, mostly, many of us associate July simply with fireworks and summer fun. And in my case, my wedding anniversary! I figured July 4th would be a date he could not forget!

And so far, after 17 years, he has not. I have to admit, it definitely was a fun time of year to get married! It was the perfect date, for everyone was already off from work. We simply combined a 4th of July party and a wedding with a ceremony, cookout, swimming and fireworks. Definitely a day to remember! Even had fireworks go off when it was time to kiss the bride and those fireworks are still going off!

Fireworks and love seem to go hand in hand. And what better way to celebrate our love with fireworks that were going to go off that day, anyway?

What is it about fireworks that fascinate us? Is it the rush of adrenaline when the big bang startles us? Or looking up at a dark sky illuminated by color and wonder? How long have they been around?

Fireworks have been around for a long time, used in different ways all over the world. Paper fireworks were used to scare off evil spirits, celebrate weddings and births. Those kinds were simply thrown into the fire, having no color. It was just a series of small, noisy explosions.

During the Han dynasty (202 BC- 220 AD) people would throw bamboo stems into the fire to produce an explosion of sound. Later, gunpowder was packed into small containers to mimic the sounds of the burning bamboo.

During the Song dynasty in 960-1279. Pyrotechnicians were respected for their knowledge of complex techniques in mounting the firework displays. They manufactured the first firecrackers. Rolled sheets of paper with gunpowder and a fuse strung together in large clusters going off in close sequence.

Fireworks have been used in the time of war. A way to locate enemy ships, possibly even scaring off sailors. However, use of fireworks in warfare became known as festive displays to show conquest. Even missionaries and colonizers used them to show their superiority on the people they wished to subdue.

Modern colored fireworks were invented in Europe in the 1830s. Who knew? I always thought all fireworks were originated from China but not true. And modern skyrocket fireworks have been made since the early 20th century.

Believe it or not, in 2004, Disneyland in Anaheim California pioneered the commercial use of aerial fireworks launched with compressed air rather than gunpowder. The shell explodes in the air using an electronic timer.

The advantages of compressed air are reduction in fumes, greater accuracy in height and timing.  Walt Disney Company is now the largest consumer of fireworks in the world!

I have seen many fireworks in my lifetime and I have learned one thing. When you see fireworks, you do not wonder how they were made. Where they came from or why they are being displayed. You simply enjoy the beauty and celebration, as we should with life in general.

Our random National Holidays this month are a little lean on celebrations. We start off with a bang and slowly fizz out. However, there are some days that celebrate different alcoholic beverages, so let’s get the party started!

July 4th - Independence Day - This day tends to be one we identify most with fireworks and Independence. Although, my husband likes to tease this is the day he lost his Independence. Lol.

July 11th - National Mojito Day - A refreshing drink with mint leaves, lime, sugar, white rum and club soda. Ok a stretch I know for our celebration theme, but enjoy a few of these and soon you may see fireworks!

July 19th - National Daiquiri Day - Not sure what is up with July but it definitely seems a drinking kind of month. Some like to confuse these with a Margarita. The difference is Daiquiri is made with rum and straight lime juice whereas the Margarita is made with tequila and a little triple sec. Yet another refreshing drink to put you in the mood to see fireworks!

July 24th - National Tequila Day - This is the day for ones who really want to see fireworks in the evening and the next morning! Lol. Or possibly make that Margarita we talked about earlier.

July 25th - National Wine and Cheese Day - See, I told you it was a drinking kind of month! I guess it is only fair that we go this route for the ones who enjoy a fine wine and tasty cheese. Go out and find some fireworks to enhance the flavor, remember though - pinky out! J

For me, fireworks will always have a special spot in my heart. From the memory of a small child looking up in awe at them, to celebrating love with them.

Fireworks has it all. Mystery, intrigue, excitement, danger and delight. Perhaps that is why it is associated with love?

​Enjoy your fireworks this month and make their celebration yours! For fireworks are meant to be enjoyed by all!
Tammy's Tidbits