Get Your Con On 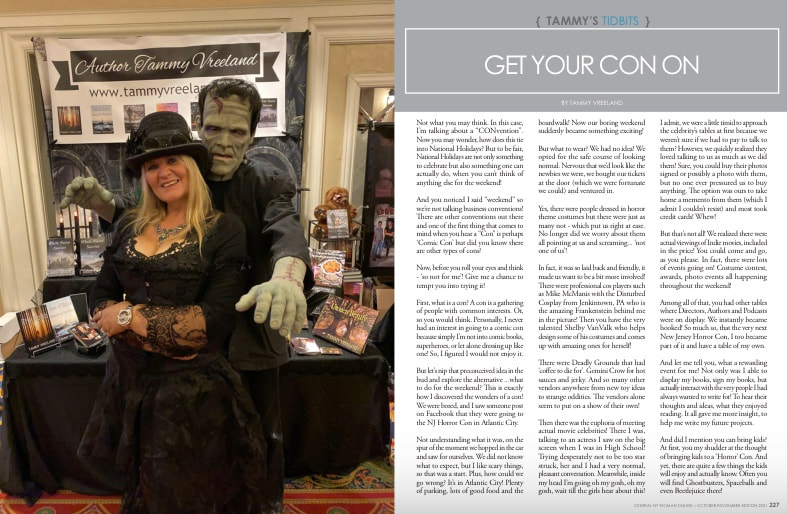 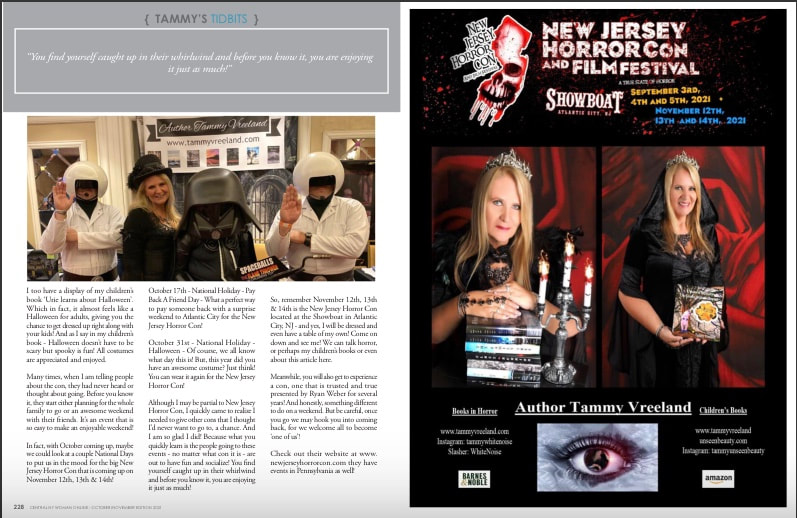 Get Your Con On

Not what you may think. In this case, I’m talking about a “CONvention”. Now you may wonder, how does this tie into National Holidays? But to be fair, National Holidays are not only something to celebrate but also something one can actually do, when you can’t think of anything else for the weekend!

And you noticed I said “weekend” so we’re not talking business conventions! There are other conventions out there and one of the first thing that comes to mind when you hear a “Con” is perhaps ‘Comic Con’ but did you know there are other types of cons?

Now, before you roll your eyes and think - ‘so not for me’! Give me a chance to tempt you into trying it!

First, what is a con? A con is a gathering of people with common interests. Or, so you would think. Personally, I never had an interest in going to a comic con because simply I’m not into comic books, superheroes, or let alone dressing up like one! So, I figured I would not enjoy it.

But let’s nip that preconceived idea in the bud and explore the alternative ...what to do for the weekend? This is exactly how I discovered the wonders of a con! We were bored, and I saw someone post on Facebook that they were going to the NJ Horror Con in Atlantic City.

Not understanding what it was, on the spur of the moment we hopped in the car and saw for ourselves. We did not know what to expect, but I like scary things, so that was a start. Plus, how could we go wrong? It’s in Atlantic City! Plenty of parking, lots of good food and the boardwalk! Now our boring weekend suddenly became something exciting!

But what to wear? We had no idea! We opted for the safe course of looking normal. Nervous that we’d look like the newbies we were, we bought our tickets at the door (which we were fortunate we could) and ventured in.

Yes, there were people dressed in horror theme costumes but there were just as many not - which put us right at ease. No longer did we worry about them all pointing at us and screaming... ‘not one of us’!

In fact, it was so laid back and friendly, it made us want to be a bit more involved! There were professional cos players such as Mike McManis with the Disturbed Cosplay from Jenkintown, PA who is the amazing Frankenstein behind me in the picture! Then you have the very talented Shelby VanValk who helps design some of his costumes and comes up with amazing ones for herself!

There were Deadly Grounds that had ‘coffee to die for’. Gemini Crow for hot sauces and jerky. And so many other vendors anywhere from new toy ideas to strange oddities. The vendors alone seem to put on a show of their own!

Then there was the euphoria of meeting actual movie celebrities! There I was, talking to an actress I saw on the big screen when I was in High School! Trying desperately not to be too star struck, her and I had a very normal, pleasant conversation. Meanwhile, inside my head I’m going oh my gosh, oh my gosh, wait till the girls hear about this!

I admit, we were a little timid to approach the celebrity’s tables at first because we weren’t sure if we had to pay to talk to them? However, we quickly realized they loved talking to us as much as we did them! Sure, you could buy their photos signed or possibly a photo with them, but no one ever pressured us to buy anything. The option was ours to take home a memento from them (which I admit I couldn’t resist) and most took credit cards! Whew!

But that’s not all! We realized there were actual viewings of Indie movies, included in the price! You could come and go, as you please. In fact, there were lots of events going on! Costume contest, awards, photo events all happening throughout the weekend!

Among all of that, you had other tables where Directors, Authors and Podcasts were on display. We instantly became hooked! So much so, that the very next New Jersey Horror Con, I too became part of it and have a table of my own.

And let me tell you, what a rewarding event for me! Not only was I able to display my books, sign my books, but actually interact with the very people I had always wanted to write for! To hear their thoughts and ideas, what they enjoyed reading. It all gave me more insight, to help me write my future projects.

And did I mention you can bring kids? At first, you my shudder at the thought of bringing kids to a ‘Horror’ Con. And yet, there are quite a few things the kids will enjoy and actually know. Often you will find Ghostbusters, Spaceballs and even Beetlejuice there!

I too have a display of my children’s book ‘Urie learns about Halloween’. Which in fact, it almost feels like a Halloween for adults, giving you the chance to get dressed up right along with your kids! And as I say in my children’s book - Halloween doesn’t have to be scary but spooky is fun! All costumes are appreciated and enjoyed.

Many times, when I am telling people about the con, they had never heard or thought about going. Before you know it, they start either planning for the whole family to go or an awesome weekend with their friends. It’s an event that is so easy to make an enjoyable weekend!

In fact, with October coming up, maybe we could look at a couple National Days to put us in the mood for the big New Jersey Horror Con that is coming up on November 12th, 13th & 14th!

October 17th - National Holiday - Pay Back A Friend Day - What a perfect way to pay someone back with a surprise weekend to Atlantic City for the New Jersey Horror Con!

October 31st - National Holiday - Halloween - Of course, we all know what day this is! But, this year did you have an awesome costume? Just think! You can wear it again for the New Jersey Horror Con!

Although I may be partial to New Jersey Horror Con, I quickly came to realize I needed to give other cons that I thought I’d never want to go to, a chance. And I am so glad I did! Because what you quickly learn is the people going to these events - no matter what con it is - are out to have fun and socialize! You find yourself caught up in their whirlwind and before you know it, you are enjoying it just as much!

So, remember November 12th, 13th & 14th is the New Jersey Horror Con located at the Showboat in Atlantic City, NJ - and yes, I will be dressed and even have a table of my own! Come on down and see me! We can talk horror, or perhaps my children’s books or even about this article here.

Meanwhile, you will also get to experience a con, one that is trusted and true presented by Ryan Weber for several years! And honestly, something different to do on a weekend. But be careful, once you go we may hook you into coming back, for we welcome all to become ‘one of us’!

Check out their website at www.newjerseyhorrorcon.com they have events in Pennsylvania as well!
Tammy's Tidbits & Tantalizing Days