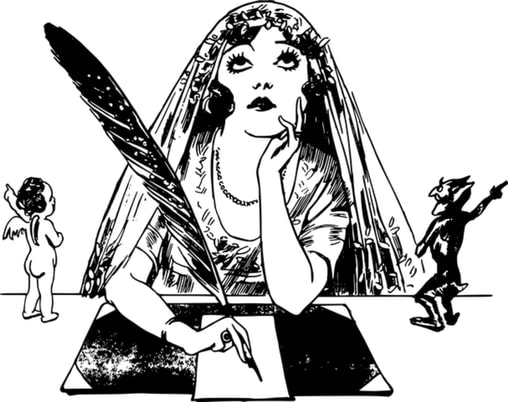 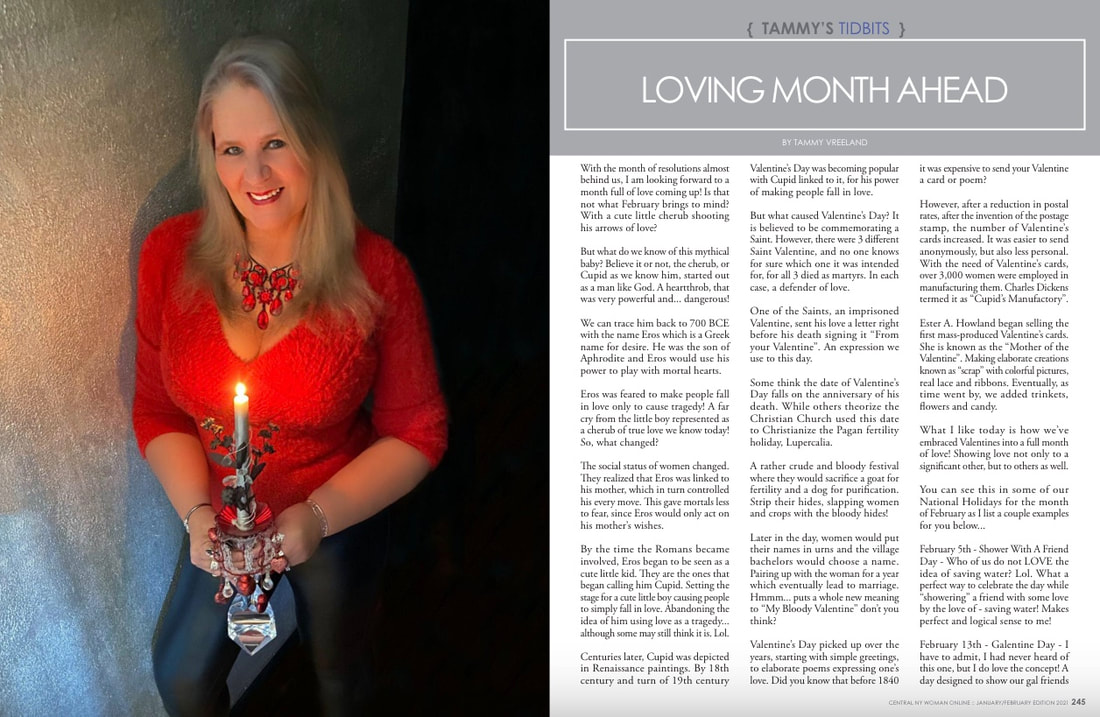 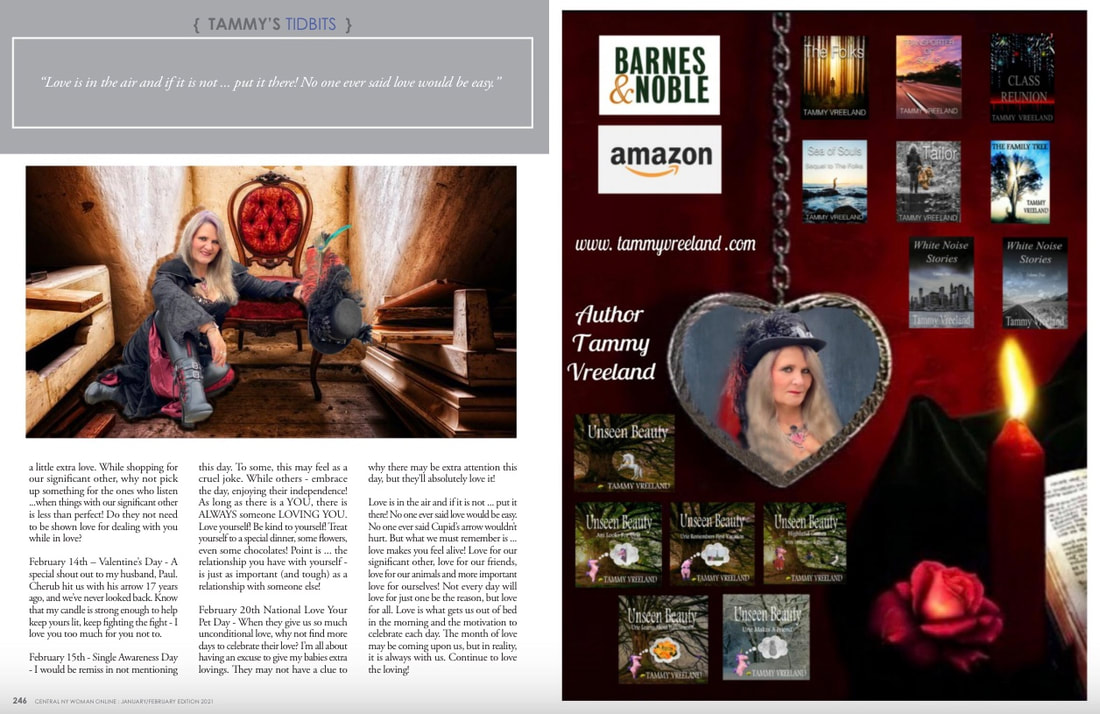 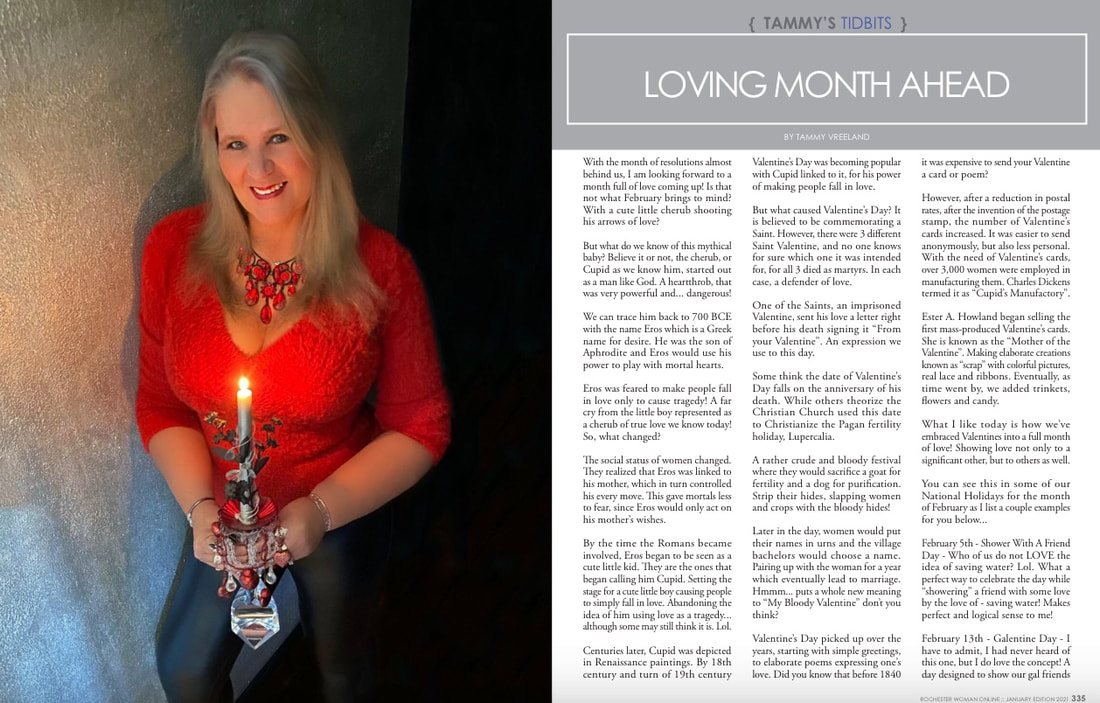 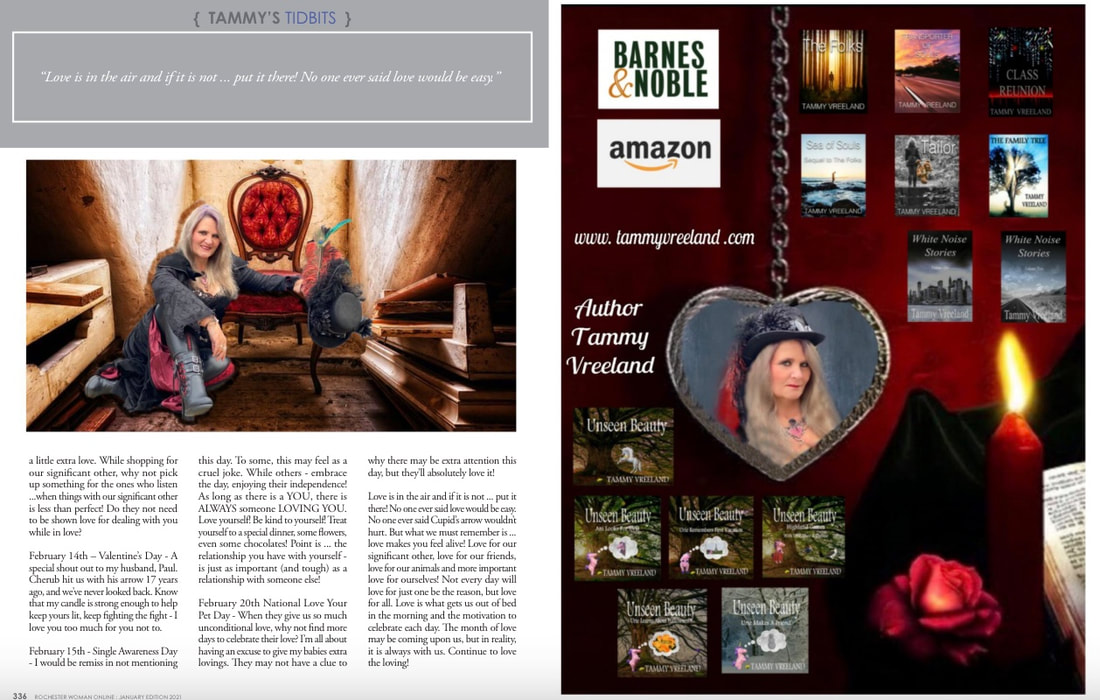 ​With the month of resolutions almost behind us, I am looking forward to a month full of love coming up! Is that not what February brings to mind? With a cute little cherub shooting his arrows of love?

But what do we know of this mythical baby? Believe it or not, the cherub, or Cupid as we know him, started out as a man like God. A heartthrob, that was very powerful and... dangerous!

We can trace him back to 700 BCE with the name Eros which is a Greek name for desire. He was the son of Aphrodite and Eros would use his power to play with mortal hearts.

Eros was feared to make people fall in love only to cause tragedy! A far cry from the little boy represented as a cherub of true love we know today! So, what changed?

The social status of women changed. They realized that Eros was linked to his mother, which in turn controlled his every move. This gave mortals less to fear, since Eros would only act on his mother’s wishes.

By the time the Romans became involved, Eros began to be seen as a cute little kid. They are the ones that began calling him Cupid. Setting the stage for a cute little boy causing people to simply fall in love. Abandoning the idea of him using love as a tragedy... although some may still think it is. Lol.

Centuries later, Cupid was depicted in Renaissance paintings. By 18th century and turn of 19th century Valentine’s Day was becoming popular with Cupid linked to it, for his power of making people fall in love.

But what caused Valentine’s Day? It is believed to be commemorating a Saint. However, there were 3 different Saint Valentine, and no one knows for sure which one it was intended for, for all 3 died as martyrs. In each case, a defender of love.

One of the Saints, an imprisoned Valentine, sent his love a letter right before his death signing it “From your Valentine”. An expression we use to this day.

Some think the date of Valentine’s Day falls on the anniversary of his death. While others theorize the Christian Church used this date to Christianize the Pagan fertility holiday, Lupercalia.

A rather crude and bloody festival where they would sacrifice a goat for fertility and a dog for purification. Strip their hides, slapping women and crops with the bloody hides!

Later in the day, women would put their names in urns and the village bachelors would choose a name. Pairing up with the woman for a year which eventually lead to marriage. Hmmm... puts a whole new meaning to “My Bloody Valentine” don’t you think?

Valentine’s Day picked up over the years, starting with simple greetings, to elaborate poems expressing one’s love. Did you know that before 1840 it was expensive to send your Valentine a card or poem?

However, after a reduction in postal rates, after the invention of the postage stamp, the number of Valentine’s cards increased. It was easier to send anonymously, but also less personal. With the need of Valentine’s cards, over 3,000 women were employed in manufacturing them. Charles Dickens termed it as “Cupid’s Manufactory”.

Ester A. Howland began selling the first mass-produced Valentine’s cards. She is known as the “Mother of the Valentine”. Making elaborate creations known as “scrap” with colorful pictures, real lace and ribbons. Eventually, as time went by, we added trinkets, flowers and candy.

What I like today is how we’ve embraced Valentines into a full month of love! Showing love not only to a significant other, but to others as well.

You can see this in some of our National Holidays for the month of February as I list a couple examples for you below...

February 5th - Shower With A Friend Day - Who of us do not LOVE the idea of saving water? Lol. What a perfect way to celebrate the day while “showering” a friend with some love by the love of - saving water! Makes perfect and logical sense to me!

February 13th - Galentine Day - I have to admit, I had never heard of this one, but I do love the concept! A day designed to show our gal friends a little extra love. While shopping for our significant other, why not pick up something for the ones who listen ...when things with our significant other is less than perfect! Do they not need to be shown love for dealing with you while in love?

February 14th – Valentine’s Day - A special shout out to my husband, Paul. Cherub hit us with his arrow 17 years ago, and we’ve never looked back. Know that my candle is strong enough to help keep yours lit, keep fighting the fight - I love you too much for you not to.

February 15th - Single Awareness Day - I would be remiss in not mentioning this day. To some, this may feel as a cruel joke. While others - embrace the day, enjoying their independence! As long as there is a YOU, there is ALWAYS someone LOVING YOU. Love yourself! Be kind to yourself! Treat yourself to a special dinner, some flowers, even some chocolates! Point is ... the relationship you have with yourself - is just as important (and tough) as a relationship with someone else!

February 20th National Love Your Pet Day - When they give us so much unconditional love, why not find more days to celebrate their love? I’m all about having an excuse to give my babies extra lovings. They may not have a clue to why there may be extra attention this day, but they’ll absolutely love it!

Love is in the air and if it is not ... put it there! No one ever said love would be easy. No one ever said Cupid’s arrow wouldn’t hurt. But what we must remember is ... love makes you feel alive! Love for our significant other, love for our friends, love for our animals and more important love for ourselves! Not every day will love for just one be the reason, but love for all. Love is what gets us out of bed in the morning and the motivation to celebrate each day. The month of love may be coming upon us, but in reality, it is always with us. Continue to love the loving!